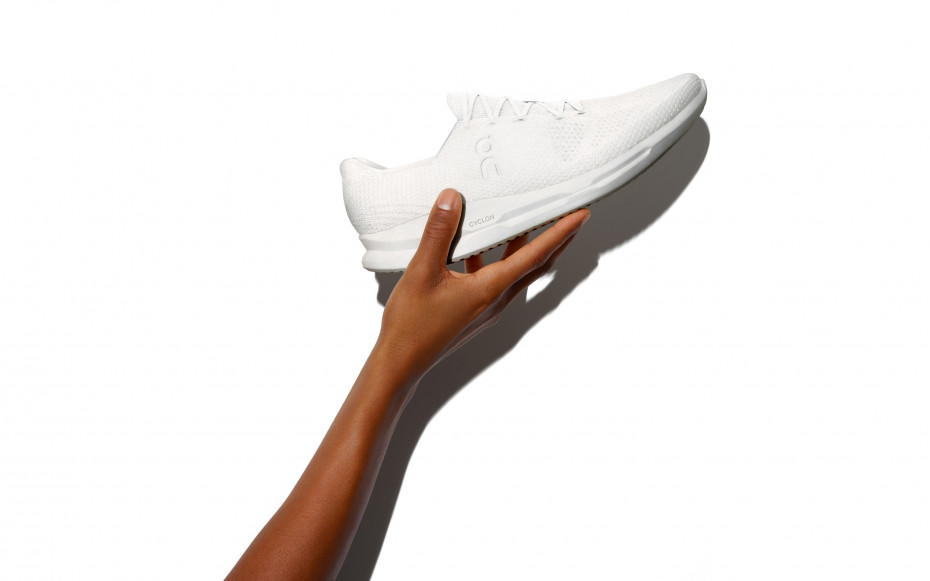 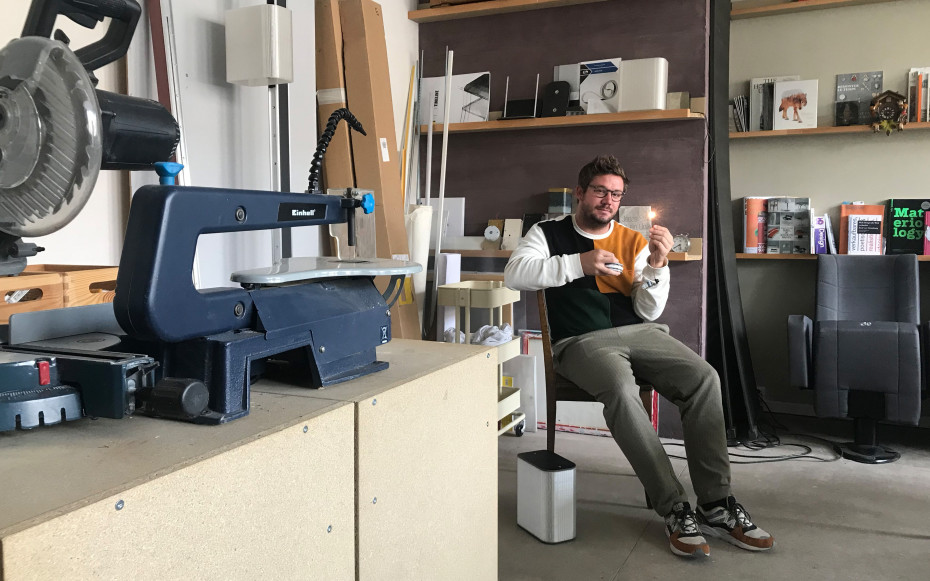 On Friday, 5 November 2021, the Design Preis Schweiz Edition 21 awards ceremony took place in Langenthal’s Markthalle. The biennial event was held for the 16th time. Despite pandemic-related restrictions, the number of visitors was as high as in previous years; the festive networking event once again proved to be the most important event for the Swiss design industry. The seven-member jury selected a total of 15 award winners from
36 nominations in nine categories. The big winner of the evening was the circular economy.

In the newly launched category “Going Circular Economy”, no less than four entries received a Design Preis Schweiz. With “Cyclon”, the Swiss shoe manufacturer On won the coveted award – for the second time after 2013. With CHICKADEE, a circular ski from the Bernese brand earlybird skis (a Creative Hub Alumnus), a start-up was honoured that produces freeride and touring skis strictly according to ecological criteria. Circular Eating, a disposable cutlery made of organic plastic that can be composted at home, and Project Circleg, a prosthetic leg produced according to the principles of the circular economy, complete the winners of a category that gives hope.

All the winners of Edition 21 are characterised by the fact that designers do not see sustainability as an advertising buzzword, but have long since made the resource-saving use of materials the guiding principle of their work. All the solutions and products awarded in the competition show that they have been thought through and developed systemically and that their authors are aware of their social and ecological responsibility. With the awards, the jury explicitly praised the winners for their exemplary use of resources and their contribution to environmentally compatible and recyclable products.

This was exemplified by the winner in the Product Consumer category. With LAUFEN save! from the sanitary products manufacturer, the jury awarded a Swiss world first, a toilet seat that enables urine to be separated from wastewater. And, according to the jury, “will hopefully be perceived in the industry as an encouragement to develop comparable sensible solution”.

In view of the climate crisis, the recycling of materials also plays a key role in the Textiles category. Against this background, the jury awarded the BENU Sea Collection project of the textile publisher Christian Fischbacher. With this project, he is setting an example in the industry: For the collection, BENU Sea uses fabrics that are essentially made from “upcycled marine plastic”. In other words, plastic waste that has been fished out of the oceans. The Cima project, which also received an award in the Young Professionals category, pursues a similar goal. The new type of medical protective clothing is characterised both by a considerably improved wearing comfort and by its ecological qualities. It is made from renewable raw materials and can be completely composted after use.

The social relevance of design was exemplified by the award winners in the Furniture category. The jury honoured the Lotte project, a piece of seating furniture developed to meet the special needs of older people and originally submitted in the category “Design Leadership Prize: Enablement and Inclusion in an Ageing Society”. However, because the jury wanted to emphasise the inclusive character of the design, they decided to award it in the Furniture category. The second winner is the TENSE Lounge Chair, a foldable and lightweight armchair for urban nomads, designed for the renowned Italian furniture label cappellini by the Lausanne duo Panter&Tourron.

With a total of 296 competition entries, the 2021 Prize saw an increase in entries of more than 10 percent. The jury and nominators were pleased to interpret this increase as an expression of economic resilience. For despite the pandemic and more difficult conditions for the production of goods, the design industry has proven in recent months that it is adaptable and understands change as an opportunity.

Finally, vintage 21 is characterised by the fact that the circular economy is no longer a question of entrepreneurial size, but that both globally leading manufacturers and small labels are converting their production and design processes to the circular economy strategy.

For Michel Hueter, Raphael Rossel and Urs Stampfli it was the last award ceremony. Over the past ten years, they have shaped and greatly expanded the prize in various functions. At the end of this decade, the retiring executive board felt it was the ideal time to make room for something new at the end of 2021. They will hand over the prize to Benjamin Moser, a native of Langenthal, Debora Biffi and Thomas Walliser. The new management wants to maintain the biennial rhythm, the location in Langenthal and the positioning of the award as a networking event and further develop its function as a communication platform. 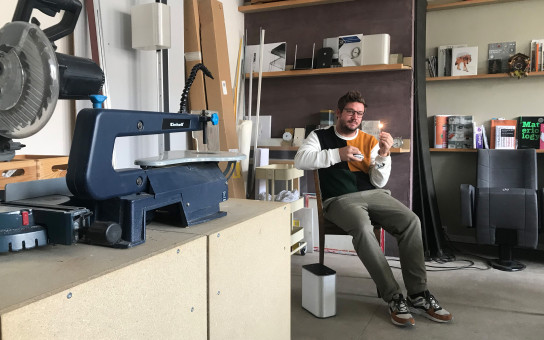